Mrs Murray's to feature in new Aberdeen Monopoly board game 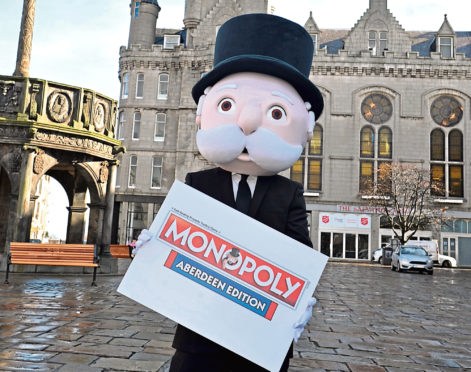 We are absolutely delighted to be one of the charities featured on the new Aberdeen Monopoly board game!

Aberdeen MONOPOLY players will soon be able to land on Mrs Murrays Cat & Dog Home on the city’s new game.

The leading Aberdeen charity has been part of the fabric and heart of Aberdeen for the past 130 years, spanning many generations and winning the hearts of many families over those years who pets they have cared for.

And tomorrow (22nd August 2019) they will be announced as only the second first space to be revealed as starring on the brand new and forthcoming Aberdeen MONOPOLY Edition game.

It will get to feature on a Community Chest space all of its very own when the game is launched on October 24th.

The charity ‘Passes GO’ following a public vote. It will be one of two charities that will get to feature on the board.

“Mrs Murray's is absolutely delighted and honoured to be part of this unique Aberdeen Monopoly edition.

“We have been part of the Aberdeen community for 130 years and it’s amazing to be celebrating our anniversary alongside the release of the game.

“To be nominated and to be voted on by the public of Aberdeen is amazing and we can't wait to play and see Mrs Murray's on our own unique space in the game.”

The new edition is being timed to hit the shops in time for this Christmas.

The game will see for only the second time in Scotland the MONOPOLY tokens customised to one place.

A dolphin has been mooted as being one of the six Aberdeen “icons” to feature. In all more than 30 city landmarks will also get to replace the famous London MONOPOLY streets like Mayfair and Park Lane in the game. Some of the cards will be themed too.

Winning Moves UK are the makers of this game under official license from Hasbro. “Many congratulations to Mrs Murray’s wonderful charity,” said Graham Barnes, MONOPOLY promoter and spokesperson for Winning Moves UK. “They are only the second space to be announced. The game will hit the shops on October 24th and Mr MONOPOLY is specially coming to the city to launch it. A huge thank you to everyone who has supported the Aberdeen version of the world’s most famous game.”