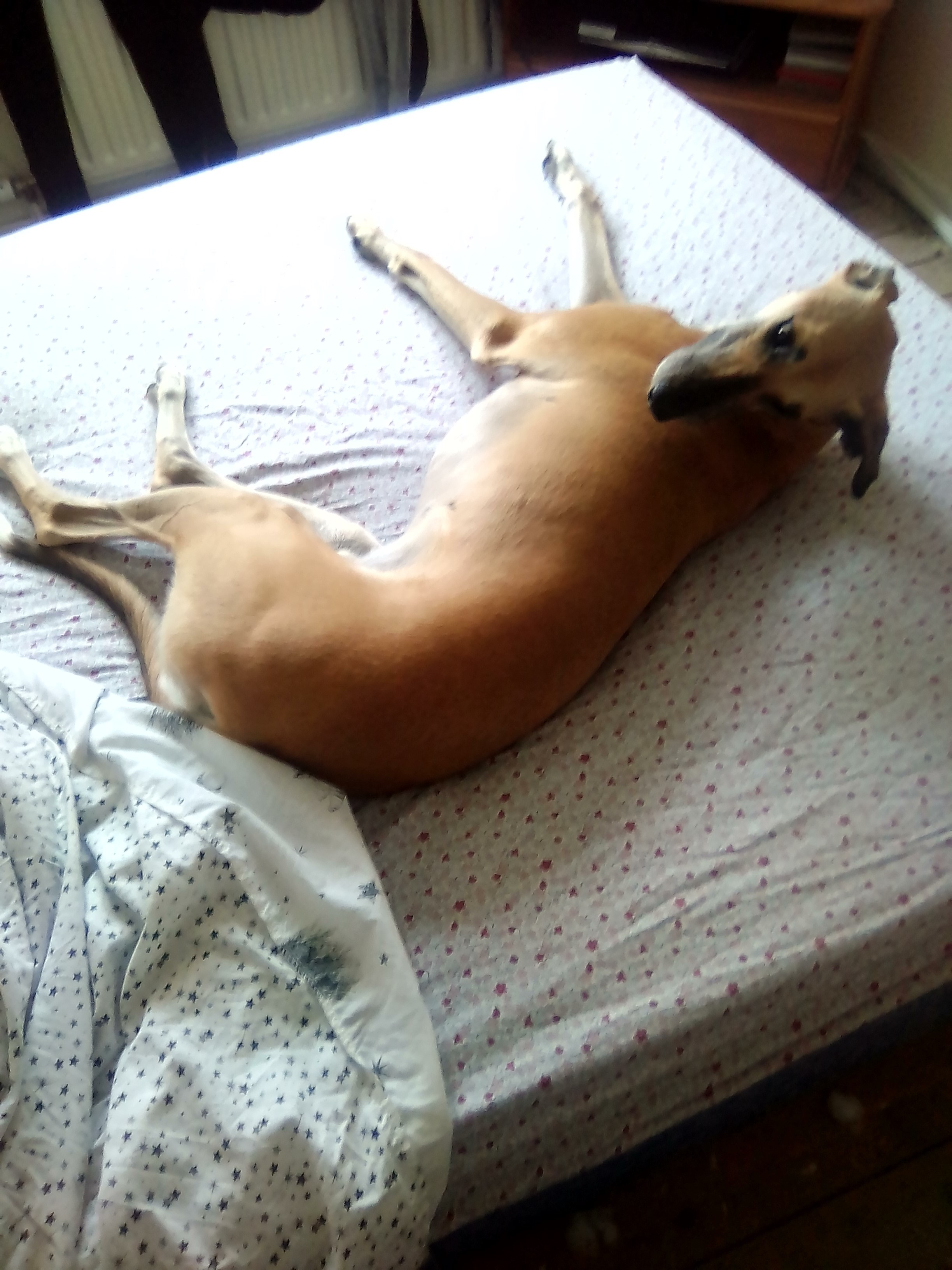 I took my gorgeous boy Brussel home on 6th November 2017.

I don't know much about his history apart from his poorly leg.

(edit. Brussell was suffering from a ruptured cruciate ligament when he was found and had to have an operation to fix this)

The first week in his new home he claimed the bed! He loves walking along the old railway line, Duthie park, river & the beach where he loves to dig.

The more he settled in the more of his cheeky character has come out, he loves nothing better to chew than his mummies shoes & remote controls haha. Brussel is the most chilled back boy unless he sees a cat then he's on his back legs , screeching, wagging his tail & licking his lips. We have now moved out to the countryside which Brussel absolutely adores . His nickname from my other half is Puparoo (he's like a kangaroo & acts like a pup) .

Everyone who meets him human or not absolutely adores him & finally he's a qualified Therapet!!!!! He's the most amazing little man so so proud of him.