We adopted Dino from Mrs Murray's at the end of November (Deano was his shelter name). He instantly settled in and found his favourite spots in the flat. Dino is a little energy ball and torpedo fast dog. He goes to the beach or his favourite - Seaton Park where he plays ball (learnt fetch himself what a smart pooch) or goes for a run along the river with us. He knows we're a one big family as always comes back and checks if Mom is definitely still following his fast pace. He's a big cuddler and when been out and about all he wants is to snuggle with Mom or Dad on the couch and watch movies.

We were told about his separation anxiety when adopting him but had absolutely no issues with that. He has a full box of his own toys which he absolutely loves to play with and chew on and never touched any of the furniture or our own stuff and leaves it in perfect order for when we come back (unless he's got some cheeky fairy popping in to tidy up for him so it looks like nothing happened 😎). We also leave him a radio with nice music on and interactive Kong toy that hides treats to keep him busy. 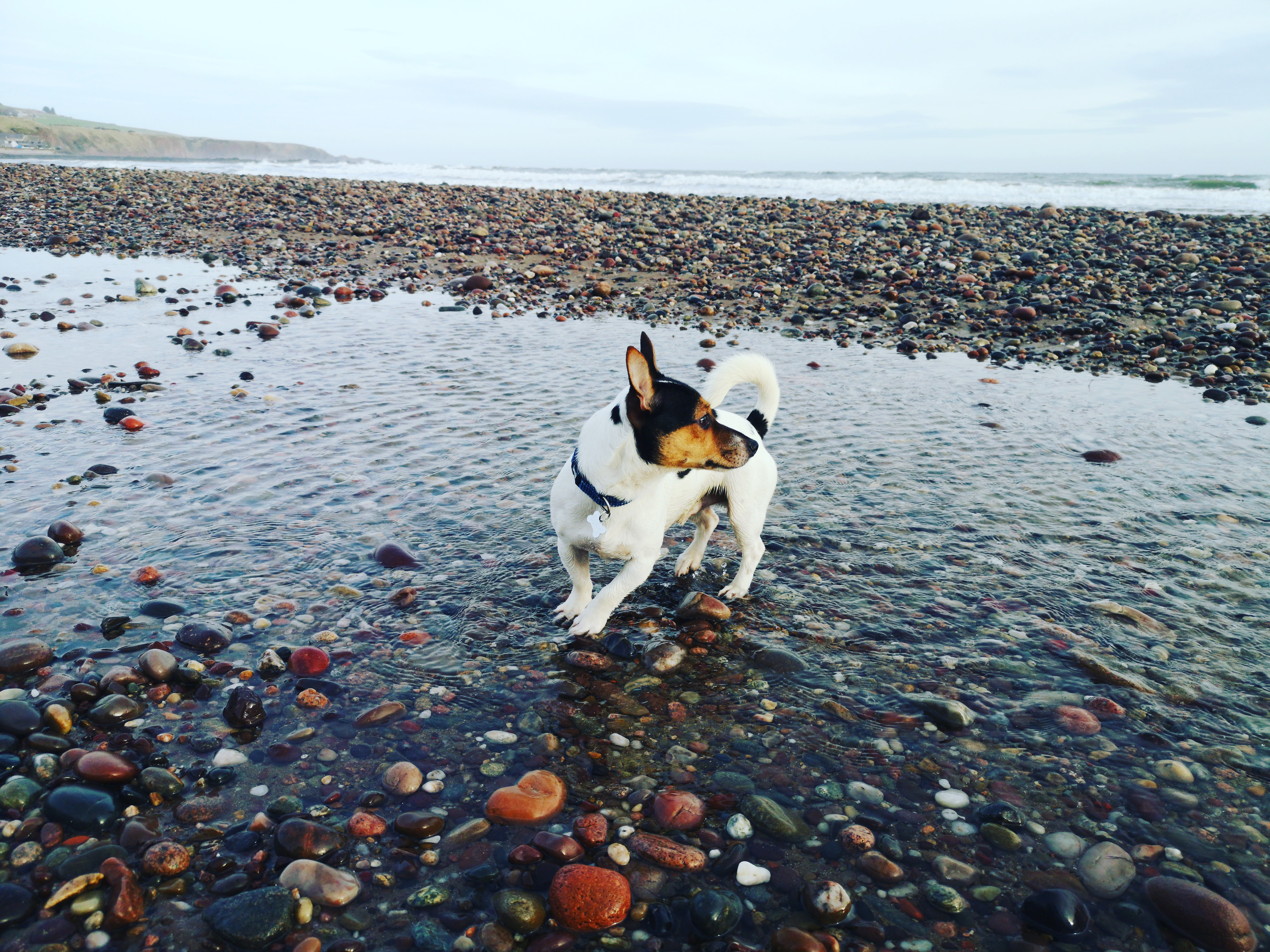 Dino on the beach

We love him to the bits and always try to broaden his doggy horizons a little bit. He's been to Stonehaven (first time on a train!) where he was roaming around at the beach and little cafes. He also paid a visit to an animal farm outside Aberdeen where he met alpacas and goats. He wasn't so sure about chickens so Mom had to hold him tight and take him away. He then went for a very long walk in the woods with two other dogs from the farm - a Rottweiler and a Border Collie and all of them had a blast running together. Last Xmas he also had a chance to go and visit the whole family in Kirriemuir and be the center of attention for 3 days straight (even got a big Xmas sock with treats and toys!). He went for a long forest walk there with about 5 other dogs and was the happiest dog the world has ever seen running with them. Dino is very friendly to other dogs when off the lead but has a bit of a reputation on the lead in the neighbourhood as tries to recite poetry very loud to everyone on the street but it's XXI century so everyone is scared of good quality poems nowadays. If the poem gets too emotional Mom walks other way or holds him for a couple minutes and everything is bright again!

We cannot imagine our lives without Dino now and he is a very important family member forever!